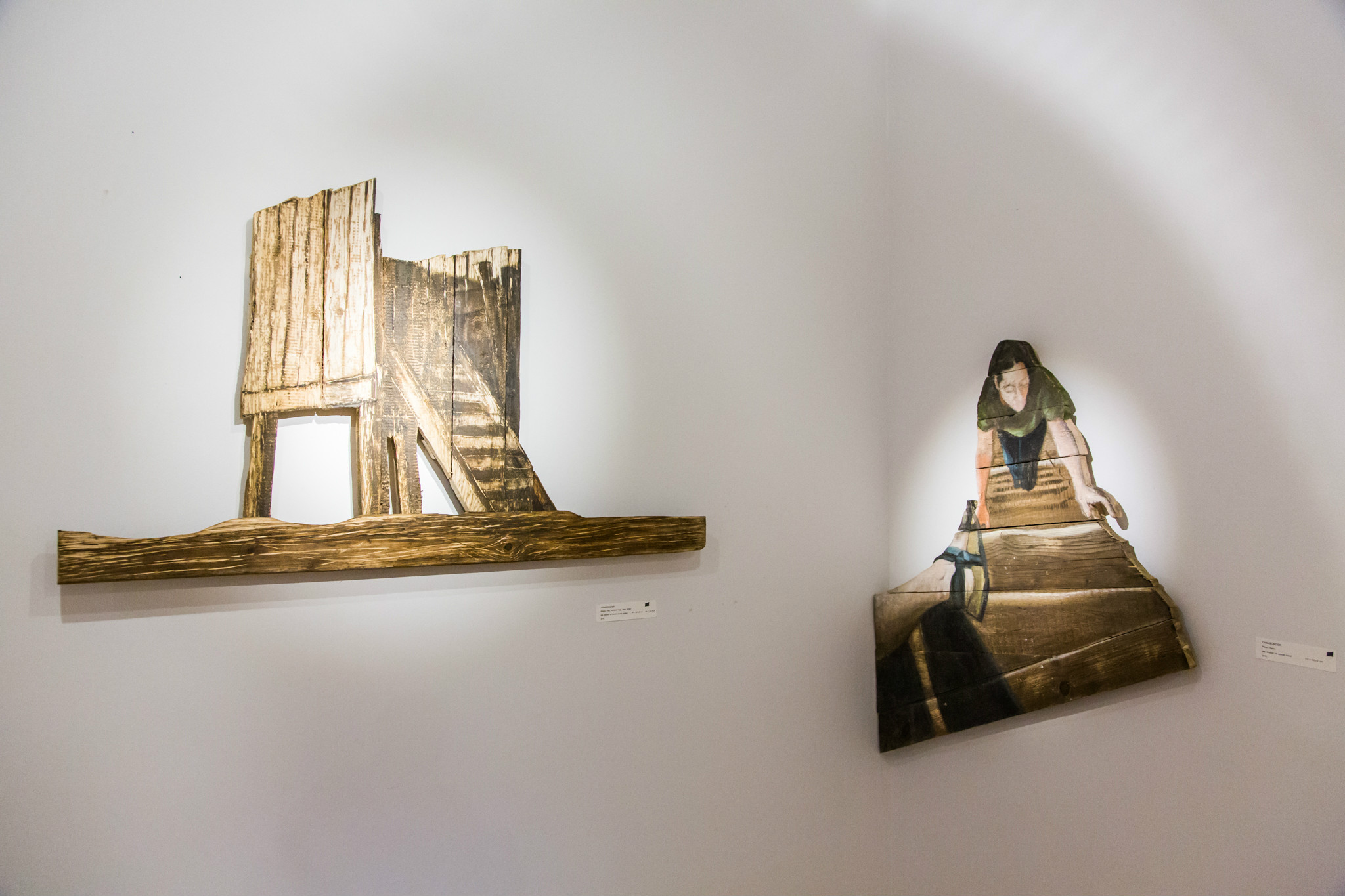 Cut-around image of wavering boats in front of a white wall. Ladders, high-stand, tub, water-well, chair… the puritan objects of a peasant house turned into images almost escape the plain. With her work overarching dimensions CsillaBondor elevates the most mundane objects in her art so that the piece transmits first of all timelessness and eternity while the represented objects reserve their puritan immediacy. CsillaBondor, who started as a graphic designer and later turned to painting, is more and more intrigued lately by the personal stories appearing in installations, which she realizes through utilizing universal symbols and usually integrating the space of the exhibition into the work of art itself.